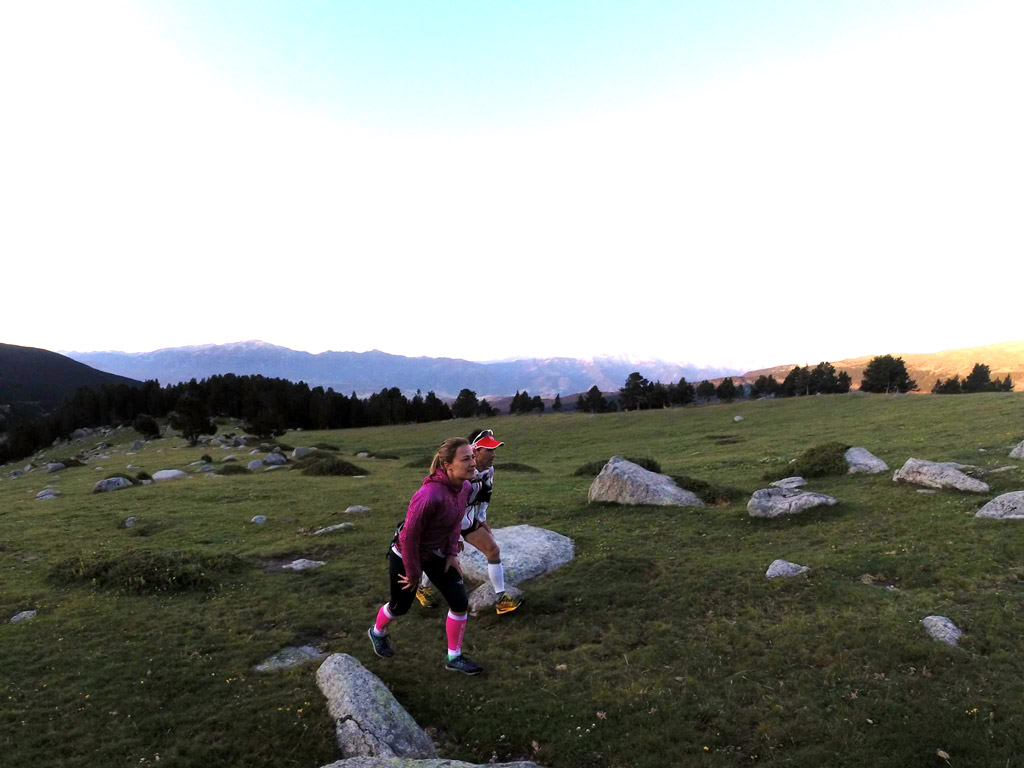 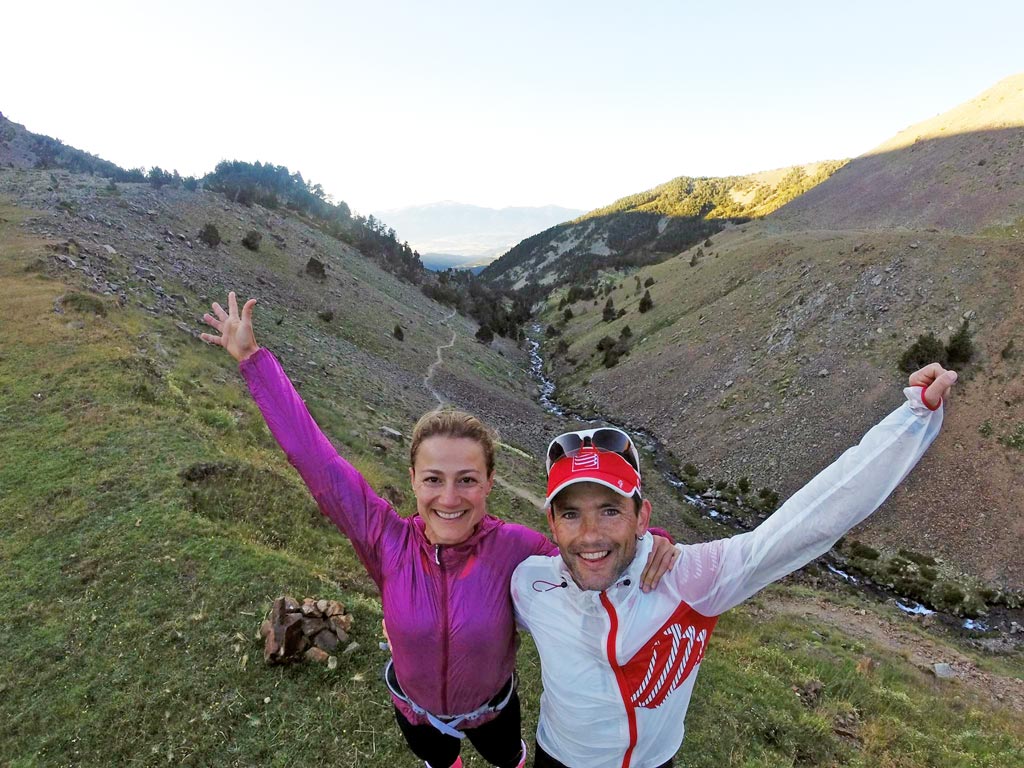 I don’t know if it was because of the adrenalin or the wild boar who snored as a Trol that slept next to me, but I haven’t slept anything today. The visit of Fer (Fernanda Maciel) cheered me up a lot, and we set off from the shelter of Malniu with that excitement. I was aware of her tight schedule, so I was not surprised when she had to leave the journey one hour after our departure. After a warm embrace, each one took each one’s way. 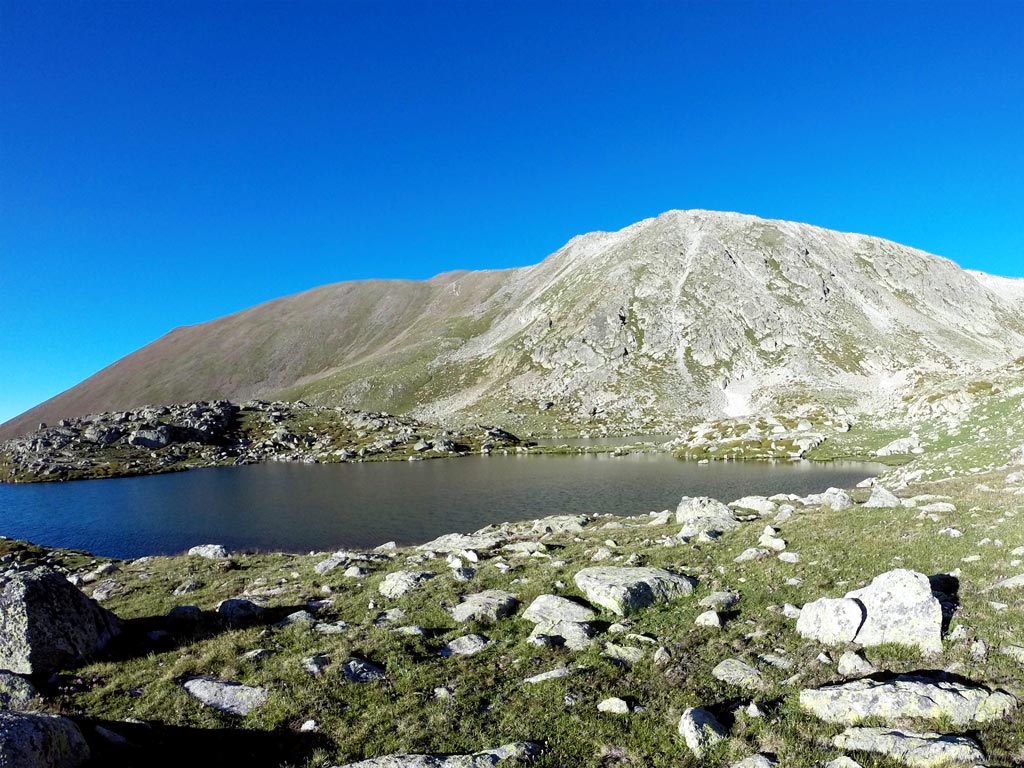 The temperature was good and the surroundings marvellous. Little streams everywhere, large granite blocks as to go playing with them, noisy marmots,… But at halfway of Maldriu valley descent, suddenly my right knee failed, and I saw myself with my bones to the ground. I haven’t paid too much attention to that fact until the scene has been repeated ten minutes later. I don’t know if it was because of the hard descent of yesterday, but my knee wasn’t doing well and I started getting worried. Paying attention to my physiotherapist Zubi, I put some ice in Encamp, I massaged a bit the part that joins the quadriceps with the kneecap, and I set off again, softly. 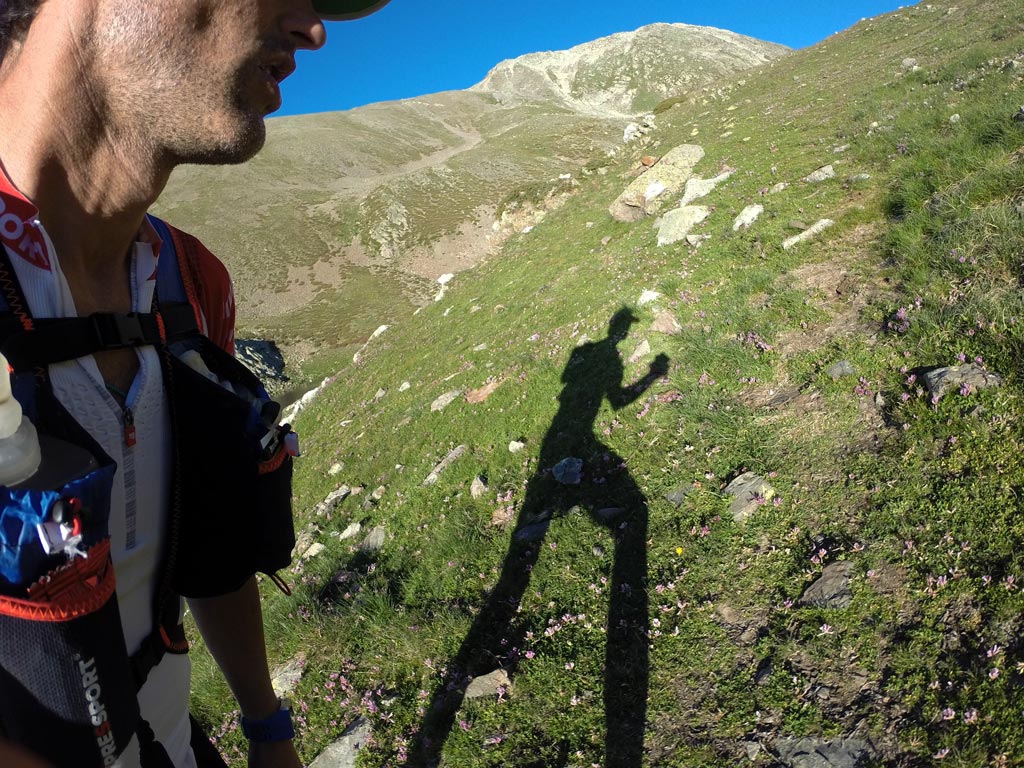 I can confirm today that going up and down the hard and huge slopes of the Principality of Andorra, is “almost” as hard as going shopping with your couple through Andorra la Vella… The sensations were awful and to tell the truth, I enjoyed it nothing. To make matters worse, I was not the only one who got run out of battery. At half-route, my GoPro also decided to have a nap. 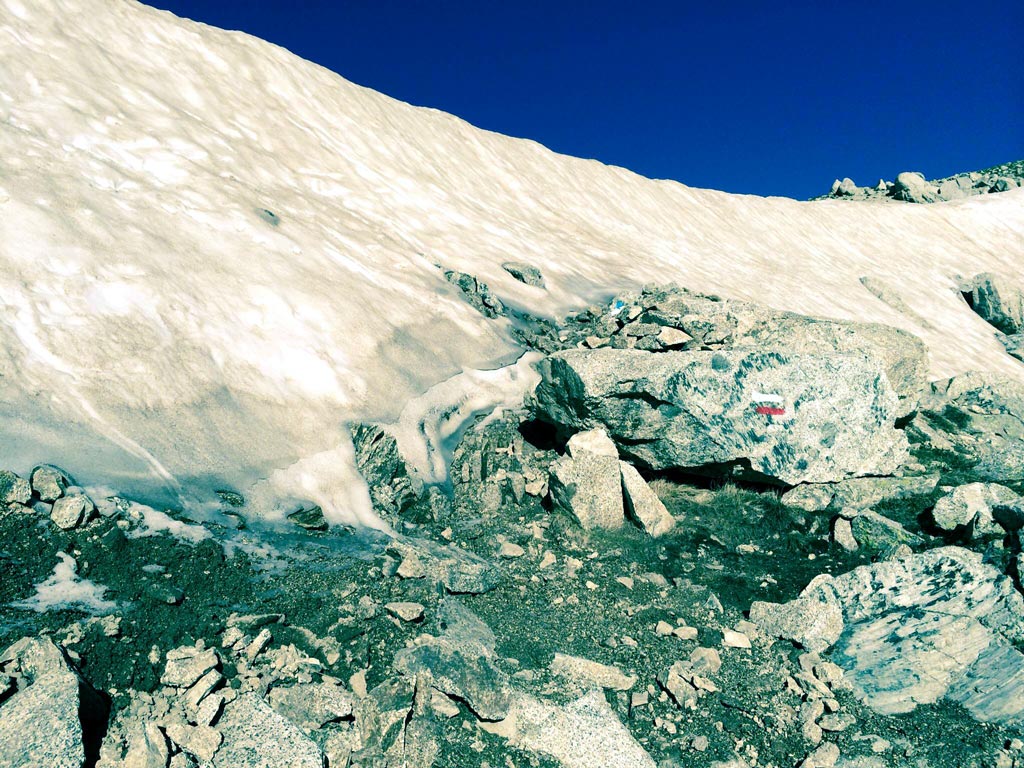 I don’t know what to do tomorrow. Right now, I am destroyed, and I don’t even know if I will do anything or not. I only want to sleep and rest, it is yet to be seen what will happen tomorrow.