” To hell with it, I don’t want to suffer more!!! ” That was my first thought as I was descending to Sallent de Gallego. The adventure I am experiencing has a lot to do with the competitions we usually run. There are some moments in which you couldn’t be higher, your body flies and it seems that you will never tire. On the other hand, there are some other moments in which you feel that you are not going on, you are exhausted, bumping into everything, your whole body is aching… And there it is the secret of this sport, where the psychological part plays such an important role; the art of knowing how to manage these moments correctly. Today, the inner angel and devil all of us have inside banded together and tried to make me give the adventure up… 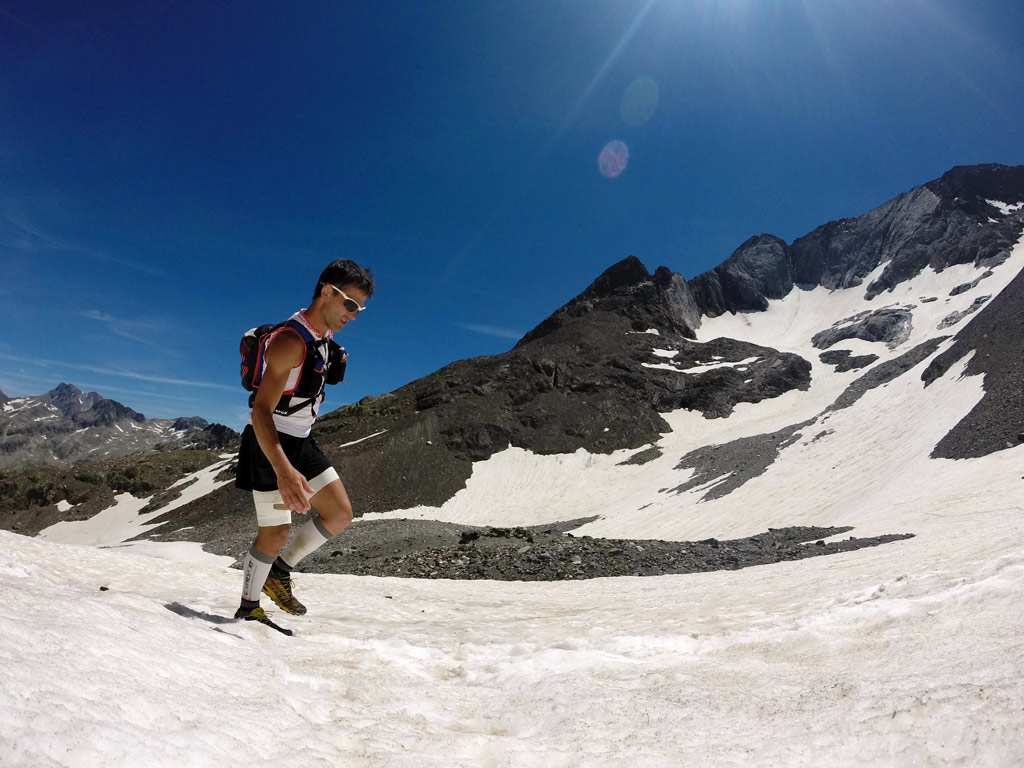 To tell the truth, the day started quite well… After having a great breakfast, I set off with a very good temperature at 7:30, towards Panticosa. The central part of this stretch has always been characterized by its lack of marks and by how old and badly painted the few of them are. That’s why I got lost a couple of times, and that was also the reason why I got late to my appointment; it was with two great “Mugalaris”, Mikel Leal y Kataka. 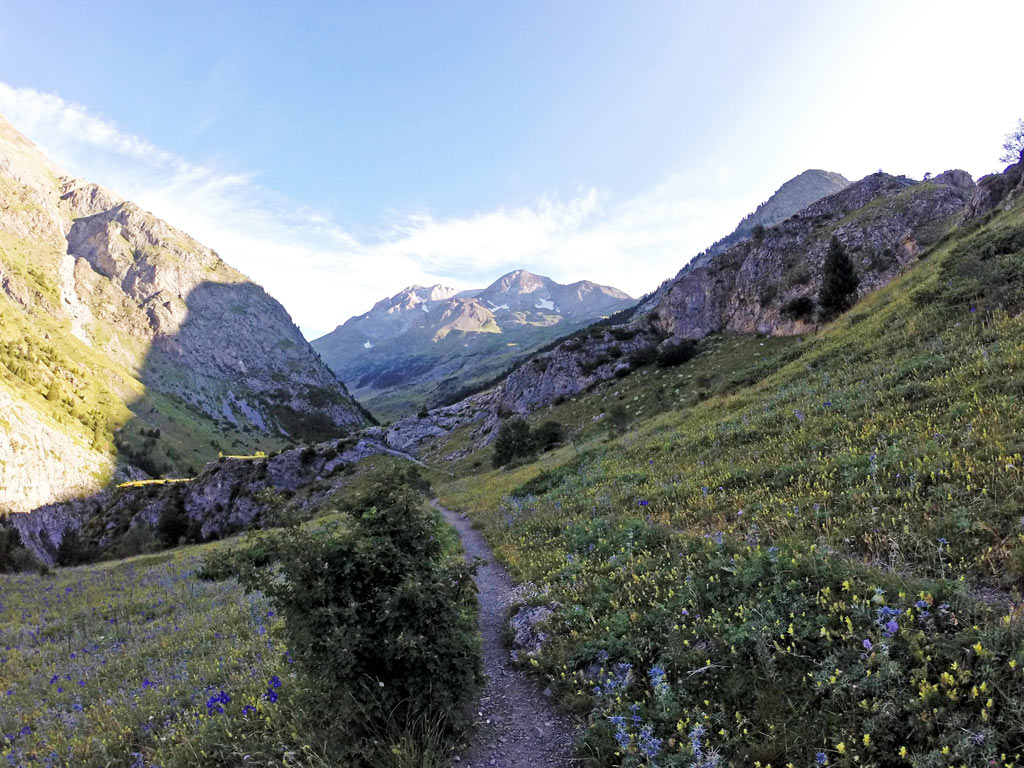 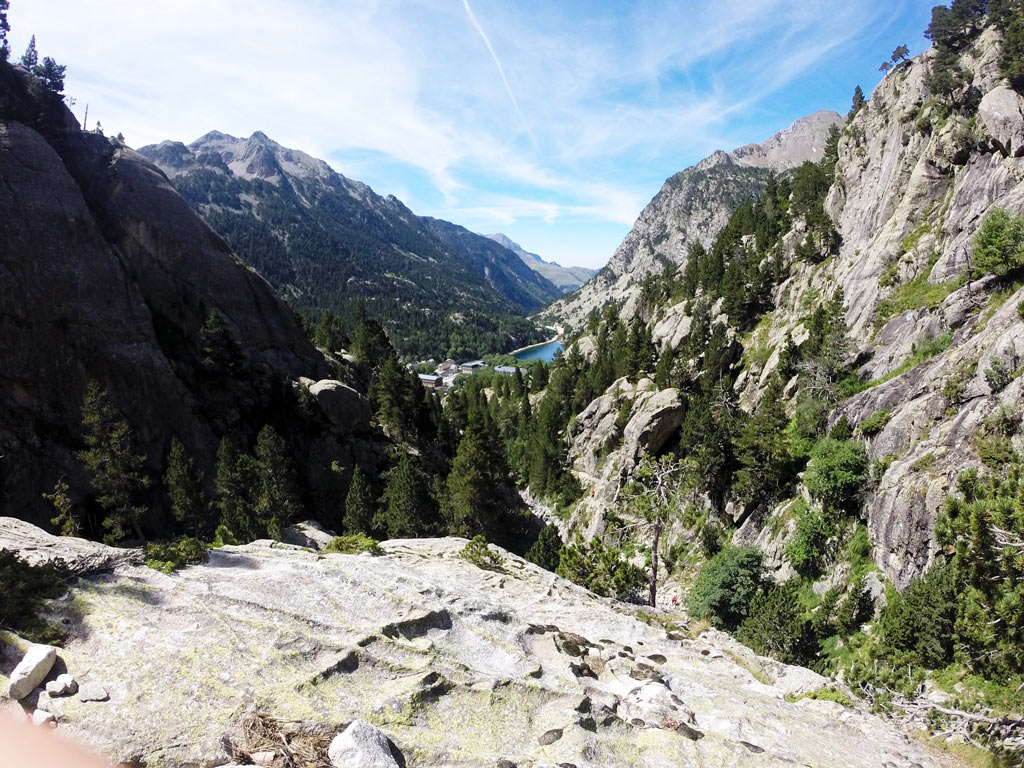 I met the two of them at about 100 m from the Cuello Alto de Brazato, a beautiful place for a meeting. Among stories about material, anecdotes, races, runners and girls (we are alpha males!!!), we were in Panticosa in front of a beer before realizing that we had arrived that far. Beer is a part of the Trail Running among friends, and anyone who maintains the opposite is not speaking the truth. 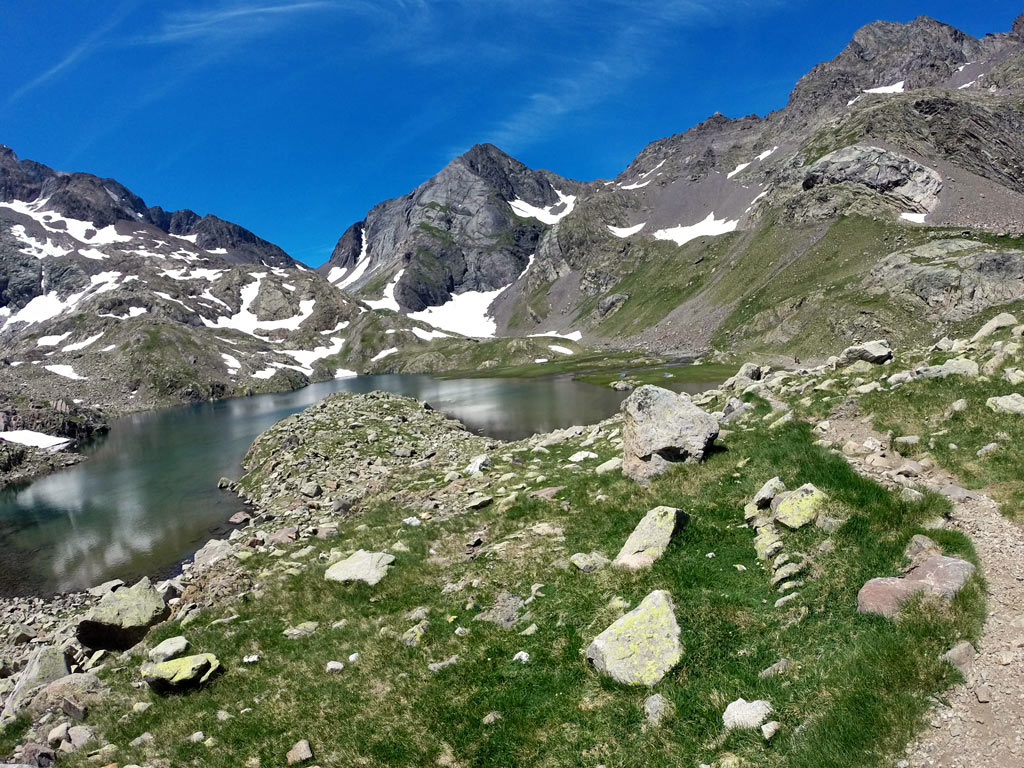 Hugs, encouragement, and I went my way. The gorgeous but hard ascent to the tarn of Bachimaña Bajo was waiting for me. Today, as it was Sunday, it seemed Bilbao’s Gran Via. Arriving to that point, I had the first urgent call of nature; it was so suddenly that I had to go to Boxes to make a quick pit stop. Let’s say that it had a beginning but not an ending. I don’t know how many times I stopped to defecate but I’m sure they were as much as GR marks in that zone. I was crossing the most beautiful part of the GR11 and I was enjoying nothing. I got totally emptied. I ate the two bars and the two gels I had and I couldn’t have the strength to go on. From the Tebarray Peak to Sallent, I wasn’t able to run 100 m at once, and the descend was endless for me. My intention was to end in Candanchú, but my Minardi motor said that it was not going one step further and I entered the first hostel that I found. 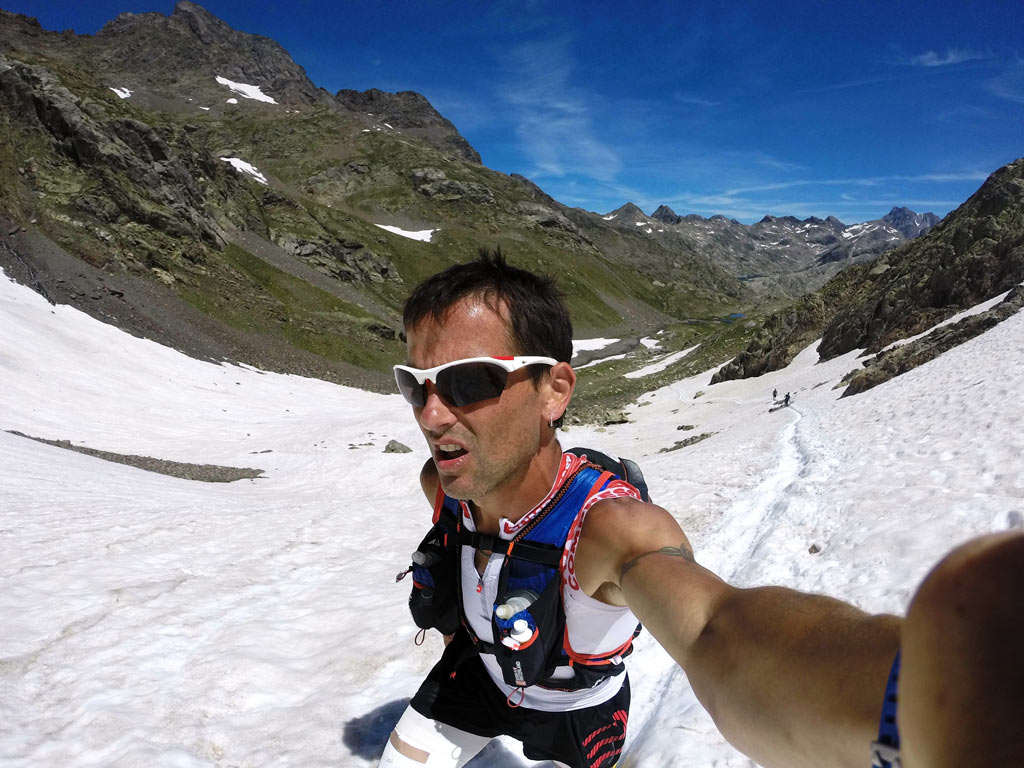 The truth is that for me, it looks quite black now: I am exhausted physically, and below the minimum mentally. Now it’s time to eat, stop the diarrhoea and sleep. I’m sure that tomorrow things will be different.