So, as every story has an end, it seems that this one also found its, and although it’s a bit late, here it goes the last day’s report. I hope you will forgive me for the delay, but since I finished this crazy adventure I haven’t stopped yet, and now, taking advantage of this peaceful holidays afternoon in the coast of Brittany, I’ll tell you the details of my last stage. 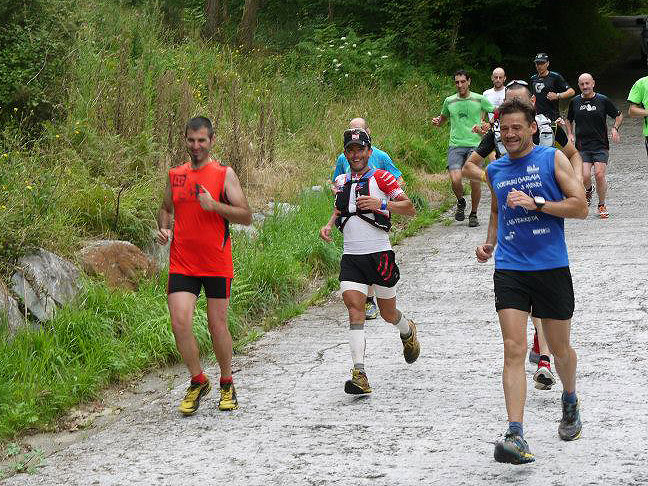 To tell the truth, when I saw how the day started, I thought for a while that someone cast the evil eye on me, and that it wouldn’t be possible to reach Cape Higuer that very day. At 6 a.m. in the morning, I was preparing the things, although I knew that in the Sorogain shelter they don’t serve breakfast till 7 a.m. Anyway, my nerves didn’t allow me to have any rest so at 6:55 I was already in front of the canteen, waiting for. There was nobody. 7:00 and no signals of the person in charge, I was getting annoyed. 7:05 and I knocked on the entrance door, nothing. I was totally irritated. At 7:10, I finally said EGUN ON (good morning in Basque language), in a way that it would have been heard from MIR space station. Two minutes later, I heard how the manager came down the stairs apologizing for being fallen asleep. After devouring the light breakfast he prepared in a moment, at 7:30 I was on my way to Iturrunburu. Just when I was to cross the small stream located on the way out from the shelter, I slipped and fell into the cold water… I sounded off about everything… Besides late, wet!!! I stood up, made four deep breaths to kill the nerve and I kept on going, as I had a long day ahead. 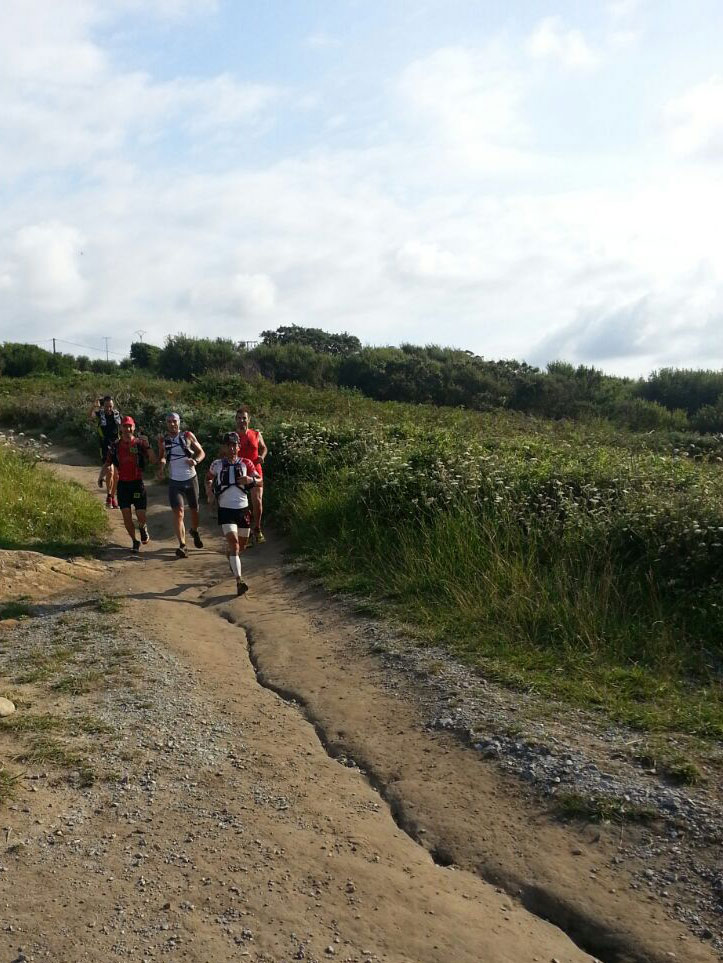 When I started the ascent, things started to change. As he would appeared out of nowhere, my Saviour Gorka Ripodas came out from the shadows of the woods. Thank goodness he came, otherwise, taking into account the amount of fog there was in the way to Urkiaga pass, I’m sure I would have got lost. After saying goodbye to him in Urkiaga, and with my mood strengthened, I went towards the first checkpoint of the day, Elizondo. I arrived there at 11:00, good time to eat a couple of bites. I wandered a bit within the town looking for the marks (I have to say that during all the journey, where I got lost the most it was within the towns GR11 passes through), at last I found the way and I ran to Bera; there were ‘only’ 60 km left. 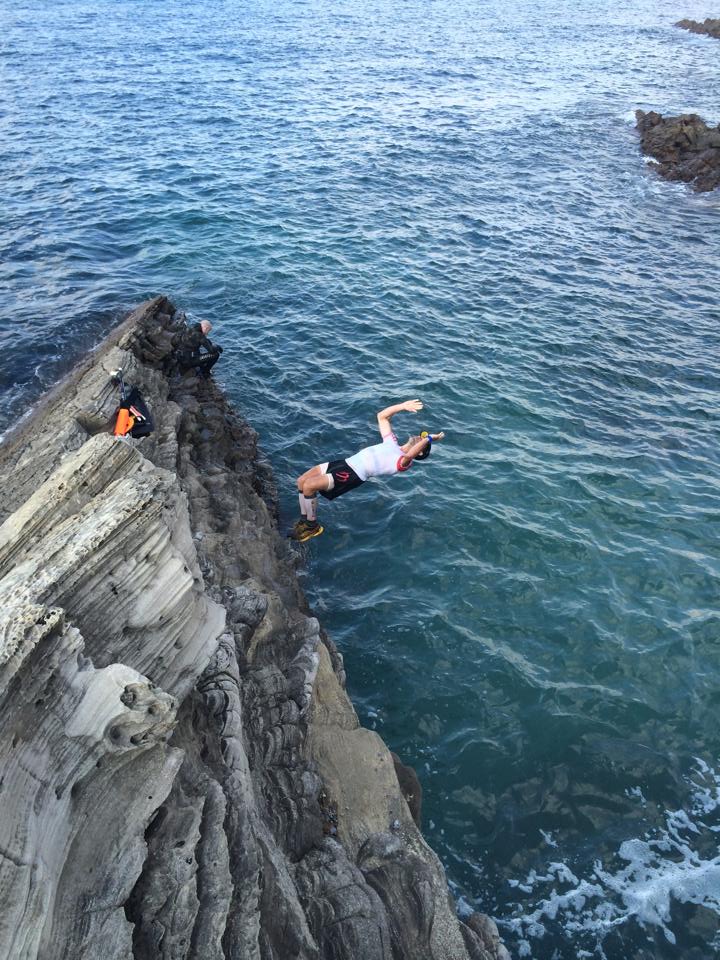 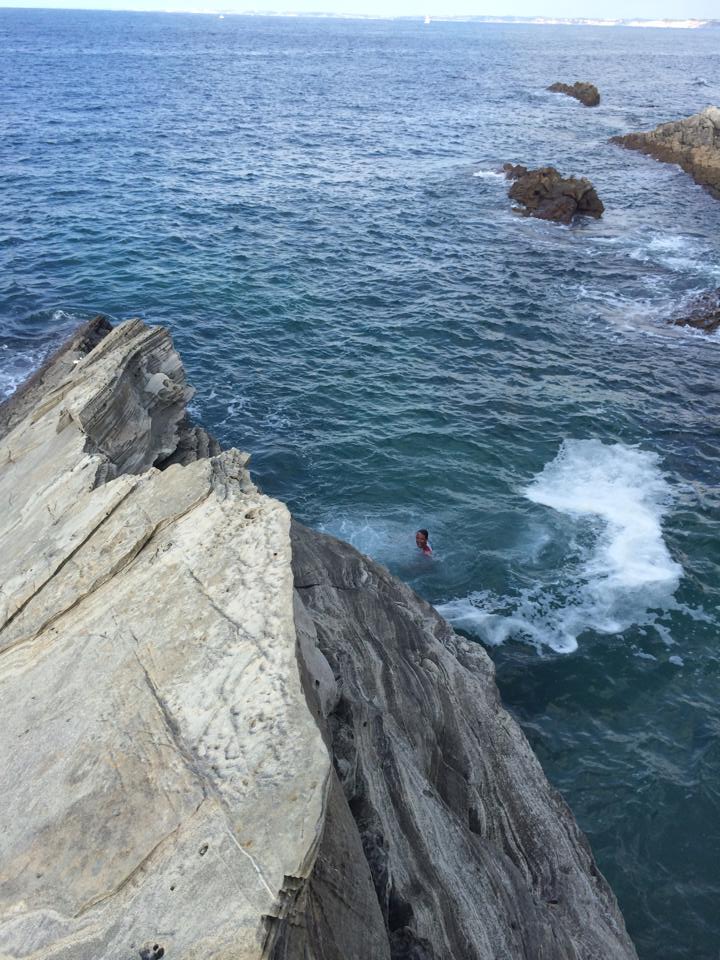 The stretch between Elizondo and Bera was quite hard, it’s a continuous up and down and you have to stay very alert as many GRs and PRs cross it. Four tough hours later, I reached Bera, where I found the first welcome committee of the day waiting for me. It was made up of four great Trail Runners: Kataka, Xanta, Uxue and the incombustible Mikel Leal. Some hugs, something to eat, and we faced the last 30 km of this crazy adventure among chats and laughs. For me, this was the easiest stretch of the entire journey. I think that with people like that one can run around the whole world without realizing, it was fantastic. Before the descent to the San Marcial fort, Uxue had to leave as she had a race on Saturday and it was not advisable to strain too much (she won the race, by the way). Just before San Marcial, an imperial escort composed of 8 hefty Mugalaris appeared, and they carried me in the air during all the descent and the ‘hard stretch’ of Irun. Little by little, the saltpetre smell started being noticeable and about 18:30, I could finally take the so longed dip in the Cape Higuer. After diving, I kissed friends, family and others, took some beers, ate a delicious sponge cake that I do not know who made it but I want the recipe right now, and we went home. Today, 4 days have gone from that great day, but I still have a smile drawn in my face. 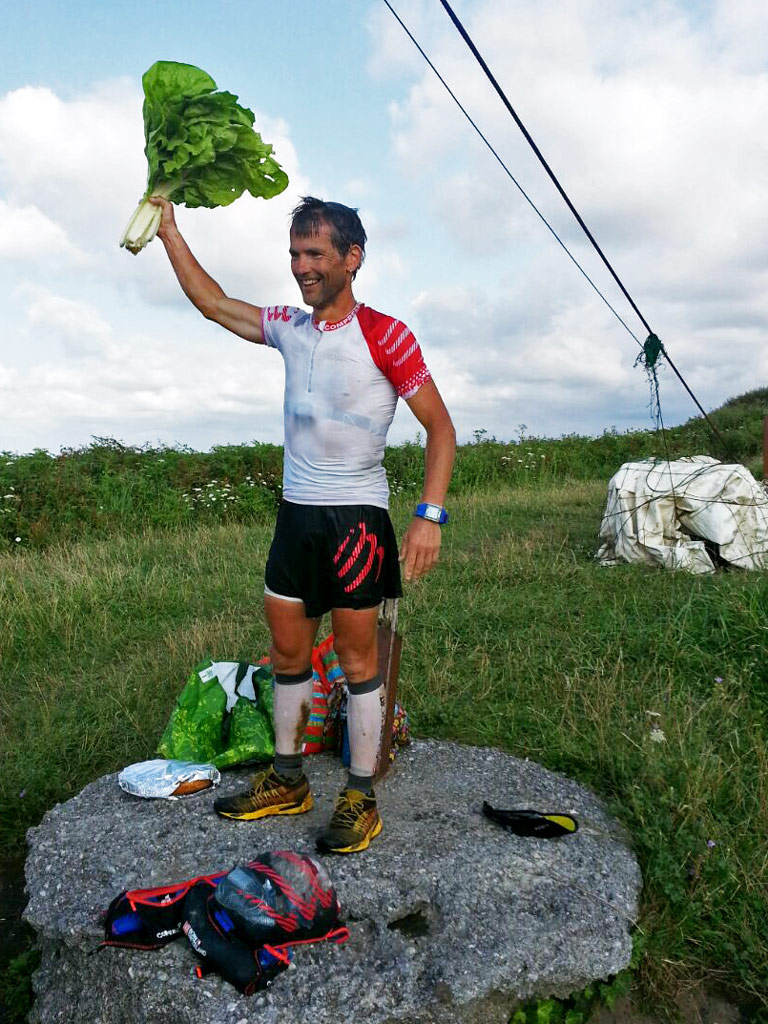 Well, I’m on holidays now, but I promise a small and funny synopsis of what this big adventure has been when coming back home again. Thank you so much for being there!!!