After the enormous collapse that I suffered yesterday which almost made me give everything up and go back home, I set off with something very clear: I wanted to give this project another chance, as yesterday, and I’m not joking, I would have sent everything to hell. I had also clear that if the sensations were the same as yesterday’s, I would take a bus and go home. That’s why I decided to leave and depending on my sensations in the stretch between Sallent and Candanchú, I would make the decision of going or not going on. I started my way at 5 a.m. with a good temperature and good feelings in the first part. I went along the edge of the dam of Gallego and very softly, I continued towards Izas hill. I felt good, but I didn’t want strain it too much just in case I would had to pay for it later on. I arrived in Candanchú very fresh, so I decided that it was worth the effort of trying to go on and end this adventure as it deserves. 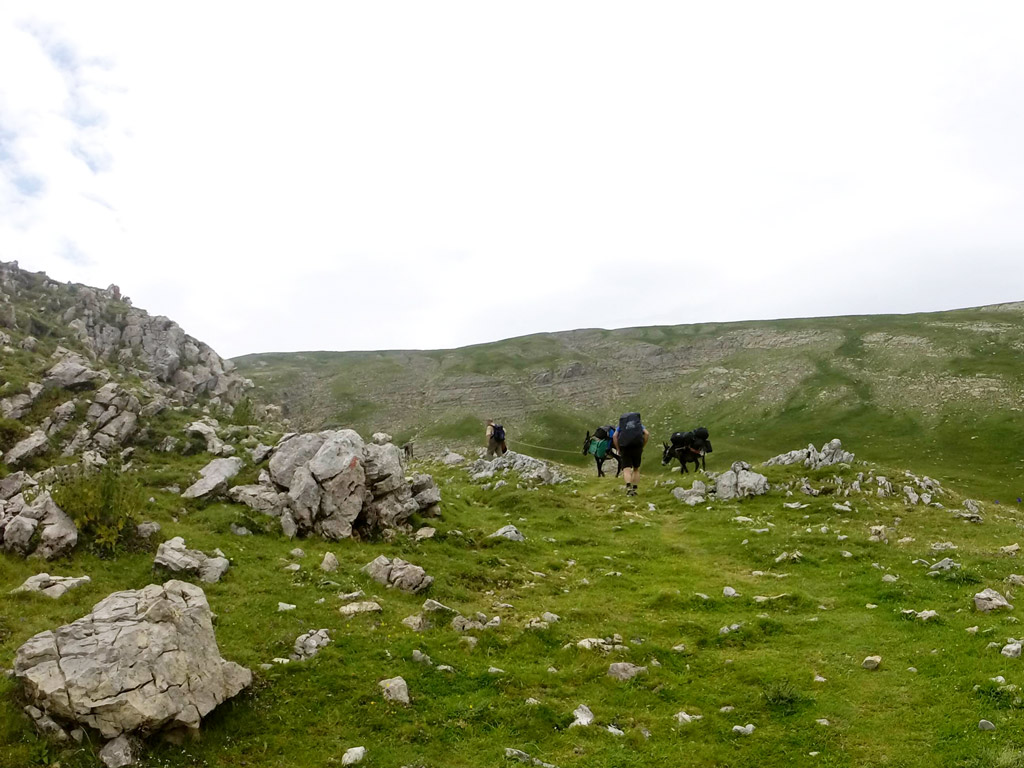 Little by little, it was noticeable that high mountains were left behind; there were more meadows, shorter and softer ascents and descents, woods,… we were arriving home! And the clearest evidence was the rainstorm that caught me arriving in the Selva de Oza… Mordor is near!!! I’ve never been to Selva de Oza, and to say the truth, I liked it a lot. Now, there were many abandoned camping and shelters. 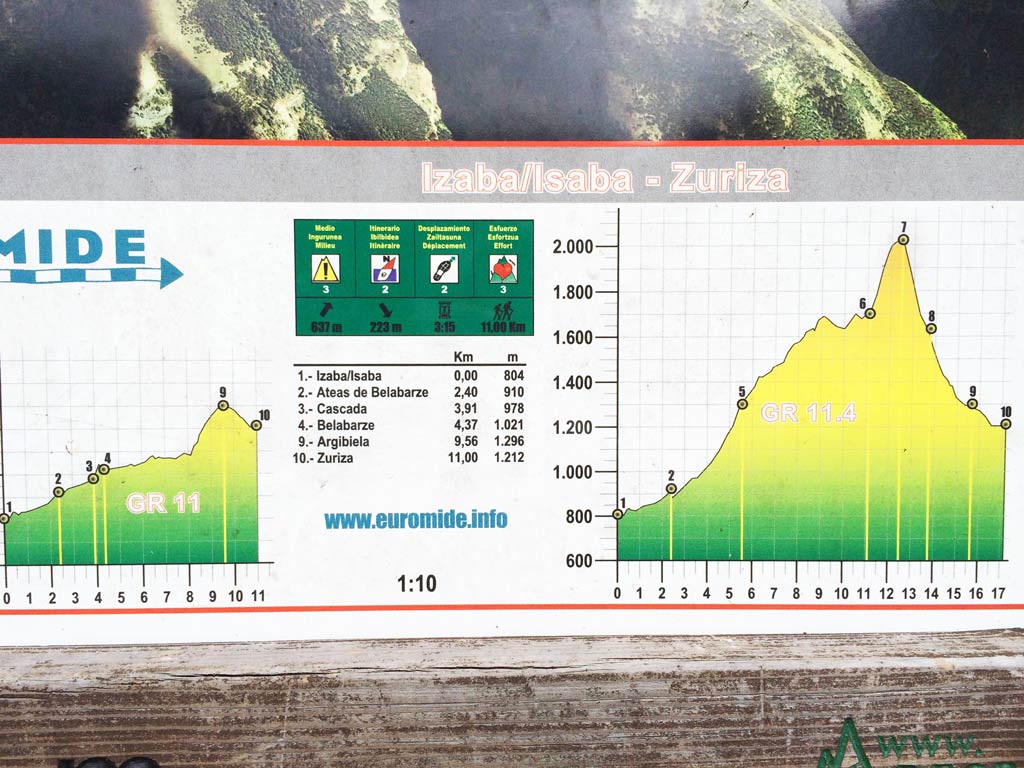 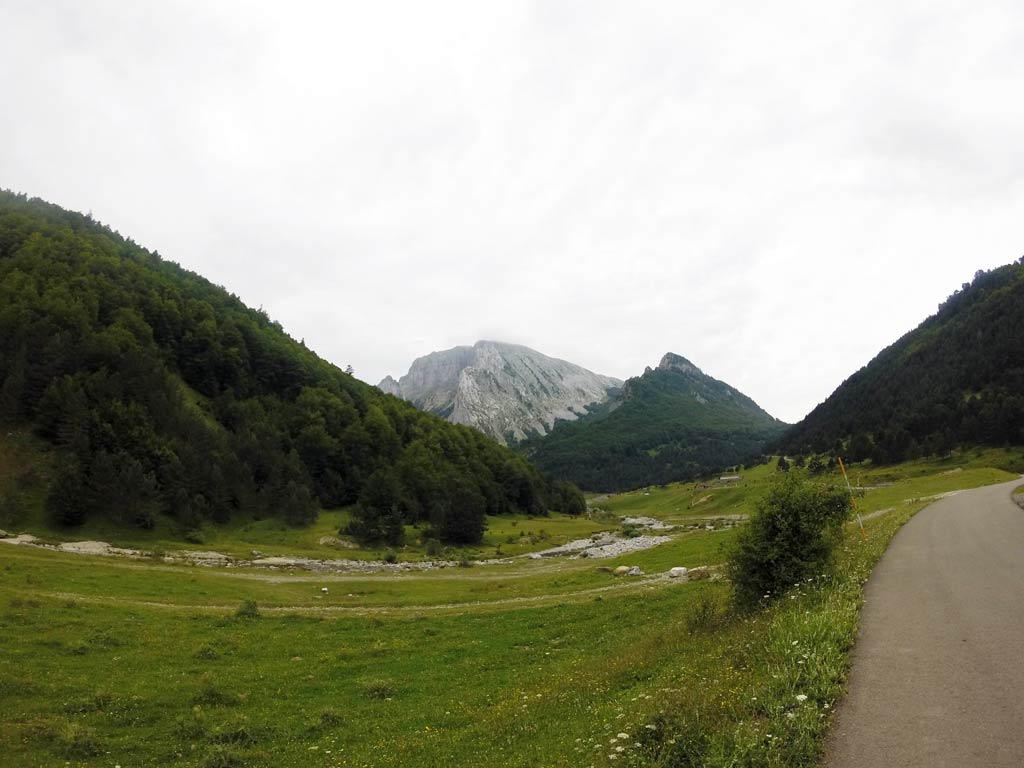 Taking into account how badly I was yesterday, I was feeling too well today, and I had a sense of foreboding. The second rainstorm caught me ascending to the Petraficha hill, but I was lucky enough to be next to the abandoned shelter of Sabucar, I could shelter myself there. Once the rain stopped I kept on going, and before realizing, I was already descending to Zuriza from Petraficha. That was the moment in which I realized that I was running out of gas, and before collapsing like yesterday, I took a gel in the hope that my body would resist till the camping of Zuriza, and have something to eat there. I only just made it, and the first thing I did was to enter in the dining room, entrench myself there and do not move till I was sure that my stomach could not admit anything else. When I left the camping, I tried to run and it turned out to be a real success!!! Every step I took, a burp or a pass wind was left behind. I faced the last part of the day like that. Each step I took towards the crag of Ezkaurre, it seemed bigger to me, and just thinking about its hard zees, my legs shook. I was in that mood when I arrived to a crossing in where there were two wooden signs saying: GR11.4 Izaba through Ezkaurre 6:30, and GR11 Izaba through a waterfall that I can’t remember its name 2:30… Which one do you think I took? Children’s menu, indeed!!! 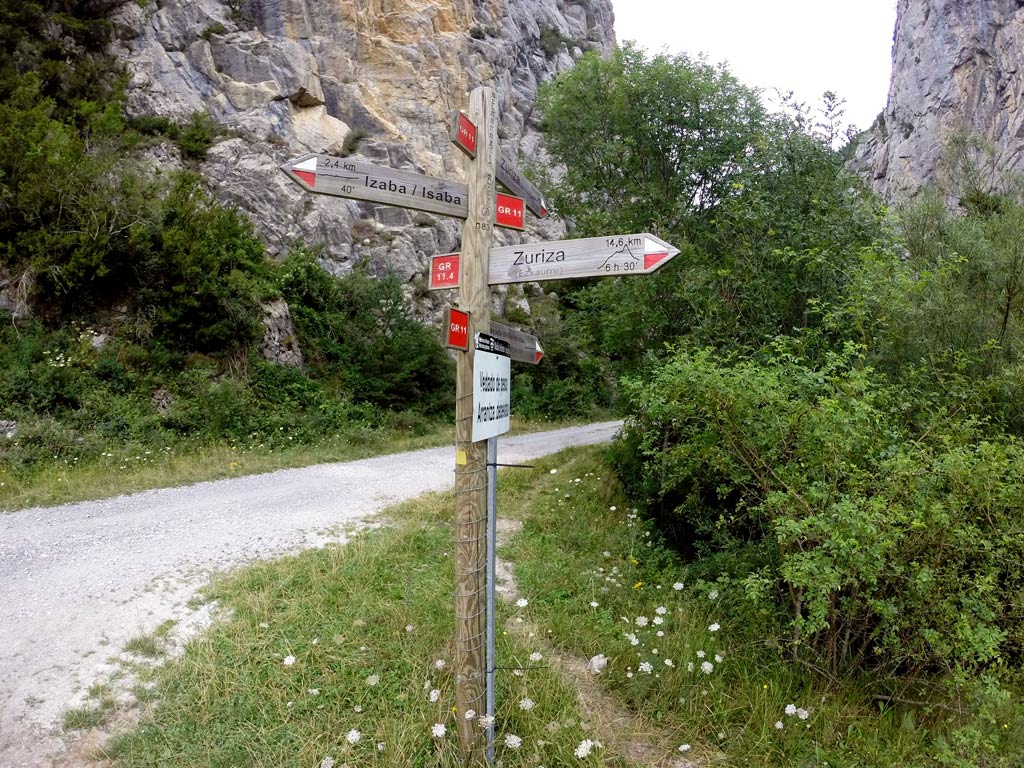 My body is showing me new facets that I didn’t even know. Now I know that after 2 or 3 good days, there comes a bad one, and you have to put up with it. According to my calculations, I hope I’ll be having a bath in the Cantabrian Sea on Wednesday, and I also hope that yesterday’s was the hardest day…